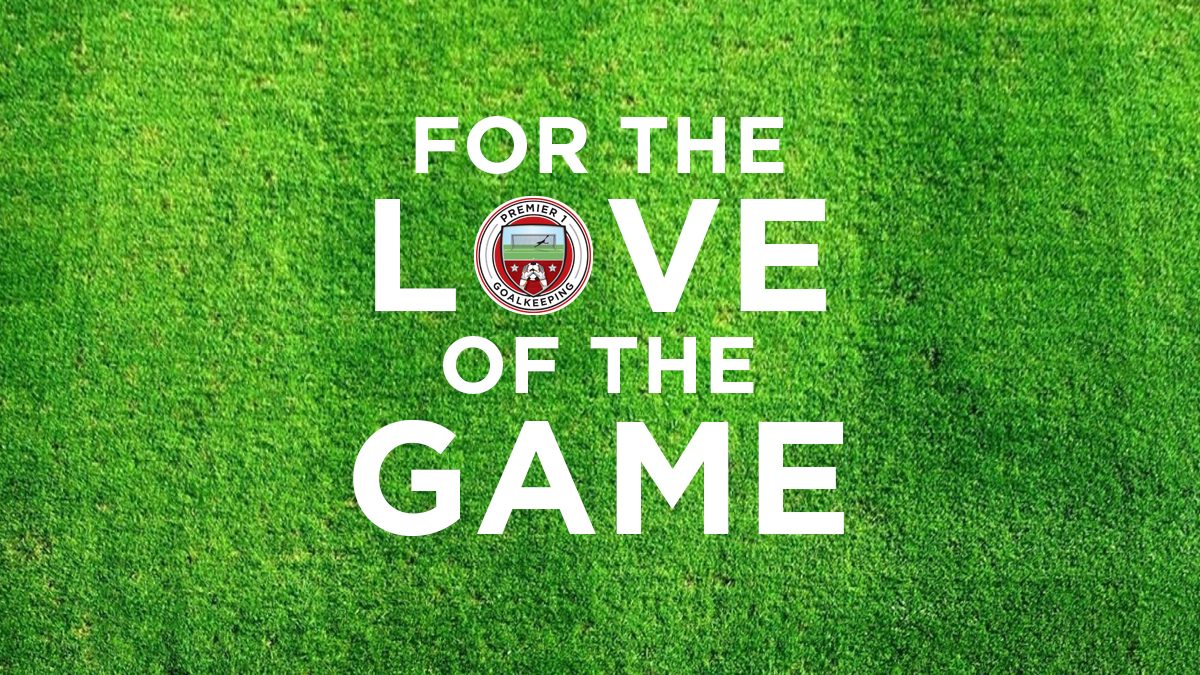 For the Love of the Game

The beautiful game… there is no denying it, there is something just a little bit special about football, to have so many people so passionate and in love with what is essentially JUST A GAME!

Hundreds of millions play the game and many more watch, regardless of race, gender, religion; it is such a powerful force for bringing people together, all around the world.

So for something many of us love so much, why do we apply so much pressure to those that are involved in it at any level?

From #InWengerWeTrust to #WengerOut, #MourTrophiesMourinho to #SoLongJose, that’s many of us at ground level demanding so much from the top… #ItsComingHome etc.

Why can’t we just watch with anticipation, holding our breath as our favourite player is put through 1v1 with the ’keeper? Why can’t we say, “What an excellent save, that’s unfortunate for the striker!” instead of “RUBBISH, what a pile of garbage. My Granny could have scored that, they hit it straight at the goalie; USELESS!!!”?

Two reasons: firstly, as a culture, we have begun to feel more entitled to things. Rather than simply enjoying the time invested in an activity as its own reward, we (generally) demand more from others, as a transactional return on the ‘investment’ of our precious time (and money). The second reason is something called the Dunning-Kruger effect. This idea suggests that poor performers are not in a position to recognise the shortcomings in their own performance. They will observe someone else doing something, and because of the seemingly effortless manner in which they deliver their actions, someone operating under the Dunning-Kruger effect believes that because it looks easy, it must be, and therefore they themselves are just as capable.

“I could win the league with Manchester City, anyone could.” – a statement so far from the realms of reality, but believed to be true by those who don't see the hard work, dedication and sacrifices made by those who are actually qualified to hold the title ‘expert’.

What is he rambling on about?

Why do we apply any sort of pressure on someone in a position who is doing something they love, something that ultimately does not affect our day to day?

When we put these pressures on those individuals/teams we go to support, we are building a dangerous habit in our lives. We get into a pattern of shouting, demanding, feeling intense elation or intense disappointment, which then filters down to the youth; all the way down to the babies at grass roots.

The expectations of them up until U12 should be the same as a kick-about in the park – let them develop, help them develop, but do not add pressure to the mix; it will not help in the long term. After U12, pressure? NO! A level of desire to TRY and build a team ethic, working together for a common cause, and here is the most important word, doing it in co-operation with the players. Build the relationships, understand what the player needs from you and they will understand what you would like from them.

If we can focus on the LOVE of the GAME, we can allow our players to flourish in a safe environment, focused on development, rather than subjecting them to the pressure of winning games, along with the application of that pressure through prescriptive instructions. Rather than teaching them the skill set and providing opportunity to learn, guide players when they are stuck as to how they might be able to overcome an obstacle. Then, the next generation of footballers won’t have as many psychological barriers to overcome personally because they would have already dealt with success and failure in a positive light.

This is essential in order for players to continue playing the game. They continue to be involved in a healthy lifestyle, with huge social and psychological advantages. They understand that the Premier League isn’t the be-all and end-all of football and that there are far more players who don’t play professionally than those that do, and that’s ok!

We want the best for our children. I accept that, but the best isn’t necessarily stature within playing levels but more about well-being and happiness. An academy may well be the best thing that could ever happen to your child, I am not disputing that, but it has to be what they want. On the flip side it might be the worst thing that happens to your child, as they don’t like the environment, do not like the pressures and, like any institution, it may not be functioning properly in order to facilitate the correct development.

Andre Agassi was forced to play tennis by his Father. Andre Agassi, despite being very successful at tennis, has no relationship with his Father and has stated he, “Hates the man.” Roger Federer loves tennis - the difference in careers is astonishing: one player burning out early, the other seemingly drinking from the fountain of youth.

There are many avenues that we can take with our football, such as: Private Football Scholarships, College Programs, Junior Premier League, Coaching Programs, Refereeing courses and so many more. These all offer potential exit routes from youth football. The longer kids keep playing, they will find their level. Whatever that level is, the lessons and personal development that football gives to each player (teamwork, dedication, physical exercise, problem-solving, social interaction, etc) are the game's true gifts – not trophies, medals, money or fame, but instead, the elements that are harder to quantify but ultimately priceless.

Let them play. Let them love what they do. Let them find the importance of football to them, rather than reacting to how important it is to us.

Thanks for your time in reading.

This is the third in a series of blog posts. Please click through the links below to read the full article.