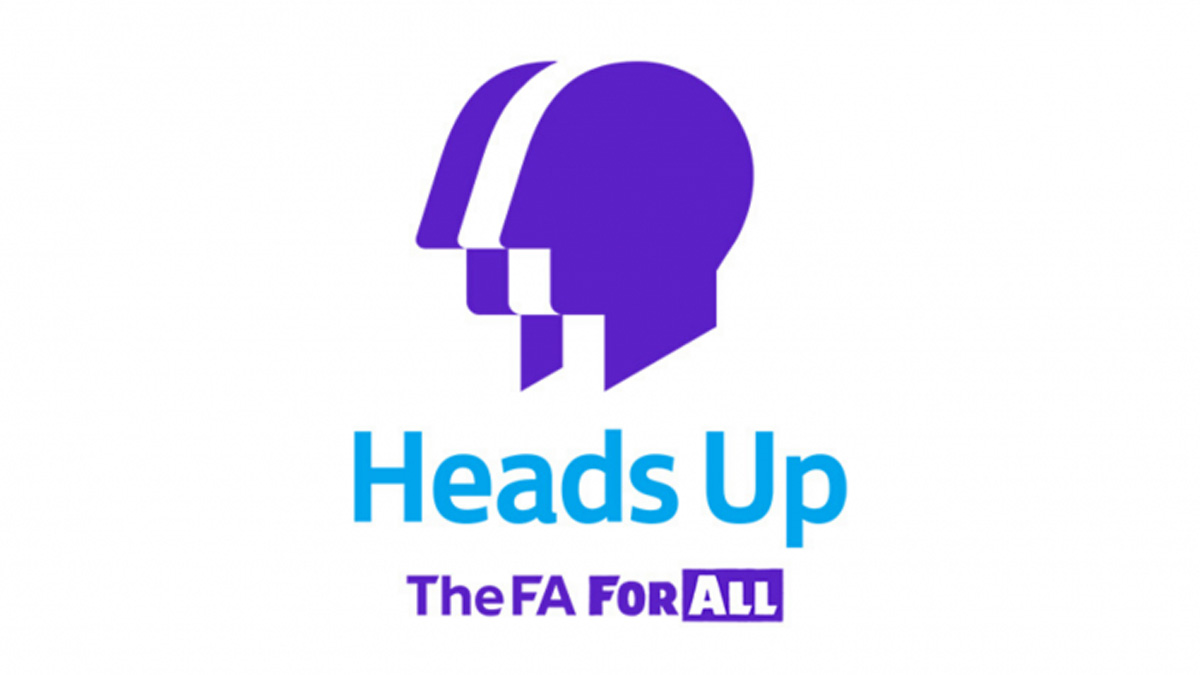 Football is coming together over two weekends in February to kick off the biggest ever conversation around mental health through football, in support of the Heads Up campaign.

You may have seen over the earlier rounds of the FA Cup, that games kicked off a minute later than usual times, as part of the FA’s ‘Heads Up’ campaign to get supporters to ‘take a minute’ to think about their own mental health.

This followed the death of professional footballer Chris Barker on New Year’s Day. He had apparently and sadly taken his own life. Having met Chris myself as a member of the opposition at Aldershot Town, when I was involved at Havant & Waterlooville, what I can say is that he was a solid, hardworking footballer, who was a nice chap off the pitch after the game.

Simply looking at someone won’t allow you to see under the veil. Those of us that at times struggle with mental health become very good at putting a mask on, we don’t want to show our ‘weakness’.

One of my favourite people in football was Ray Wilkins, until he passed early in 2018. Although I never met him, I often admired his intellect about the game, listening intently on the TV or Radio. He was famed for always replying, “I’m dangerously well, thank you,” when asked how he was. Which towards the end of his life proved to be a lie, having suffered problems with alcohol.

What can we do, to make a difference?

If you Love or care for someone, or you simply admire/value them. Ask them, “How is everything?” And then take the time to listen to what is said, but also what isn’t.

How do I listen to what isn’t said?

Ask about something specific… if what comes back is meaningless – a sigh, a shrug or a simple, “Meh!” there is something that is bothering them. It’s something they want to ignore. And we all know if we ignore something it doesn’t just go away. What is likely to happen is they will have to deal with their issue(s) at a time they are feeling even lower, even weaker, even more helpless.

In my opinion, this is the most dangerous of feelings, that feeling of not being able to help yourself and therefore, being of little help or benefit to anyone else. This ultimately turns to a feeling of being a burden, from there, it's a very quick spiral.

Have you got a minute?

Everyone on earth wants to feel valued, to feel that they are worth people’s time. Everyone is looking for meaning in life and quite often those people who will tell you that they 'don't care what anyone thinks' are working harder than anyone under the surface to hide this.

This morning, with my eldest daughter at school and my son at nursery, I was left with my youngest (17 month-old) daughter. My wife had quickly popped out, as I decided I was going into work earlier to catch up on bits. We had some music playing, my daughter then asked for a cuddle, for the next 20 minutes we slowly danced until she fell asleep giving me ‘Koala cuddles’. My wife returned to us still dancing, her fast asleep, me with tears rolling down my face. “What’s up?” My wife asked, with concern etched all over her, “If I had gone to work earlier, I would have completely given up this moment.”

I didn’t realise it, but it was something I was so desperate for, because my daughter showed me that I was such an important part of her, a safe place.

After putting my daughter down to sleep, my wife said, “Have you never noticed, she always wants to dance with you whenever music is on?”. She’s completely right, she always does, but I too often allow LIFE to interfere with MY LIFE.

We are all guilty of this and, at times, it can be the small things that set a precedent or start to form the groundwork for a habit to take place. Sport can be a fantastic release from pressure. It can also, at times, feel like an additional pressure – this is something that all players and goalkeepers in particular (given the nature of their role) may feel from time to time.

Mindset is fundamental to performance and development, and with this in mind, we are asking all our goalkeepers to take the time to focus on 'controlling the controllables'.

We are proud to launch our 'Mind your Save' campaign. The idea behind this is that we ask all of our goalkeepers to remained focused on the positives in their performance and not the things that can go wrong. Irrespective of results or goals conceded – simply count your saves from now until the end of the season and ask your friends and family to sponsor you per save.

We will collect all donations raised and give it to Mind. They have been involved with the Football League for the last two seasons and do excellent work in promoting positive conversations around mental health.